Metropolitan Diary - Highlights from the 1980s


But would either of them have cared to relive it? Greg Day told me a remarkable story about the hasty Australian departure after the massed German invasion by air. The Australians, not knowing what was happening perhaps believing they had won and that their work was done , got pissed before the night-time embarkation. But a number of Allied soldiers were still below when it was struck.

At least one Australian survived. Greg is amazed that little is known about this fiasco. We liked her manner and ideas. I am reading The Longest Journey , for the first time. Forster must be one of the quirkiest authors, always perceptive and interesting — sometimes pleasingly slapdash in his prose. He recalls reading with her in front of nine people all there to hear her.

Spoke to Claudia Hyles, back from Jaipur, where Salman Rushdie withdrew from the festival following fundamentalist threats. Claudia stayed with the director and William Dalrymple, and will write about Jaipur for our March issue. She apologised for having to break the lines.

I should learn to write shorter ones, I replied. It was far too scripted and rehearsed for the anarchic Gra-Gra. I told him I have no genius for common nouns, but proposed a plethora of Peters. He came back with a pride of them, in our case. My only inspired common name arose by accident in the s. One Saturday, prior to an editorial meeting, I told a colleague I was off to meet a rash of dermatologists.

Another brilliant cover from Chong: the long shadow of Rupert Murdoch. Struck by this poem from that year of years, , instantly reminded of Coetzee:. A friend is examining a few Art History theses. One of them induces a certain nostalgia for the s. Those were the days.

Busy though I am, I feel quite exhilarated at work. 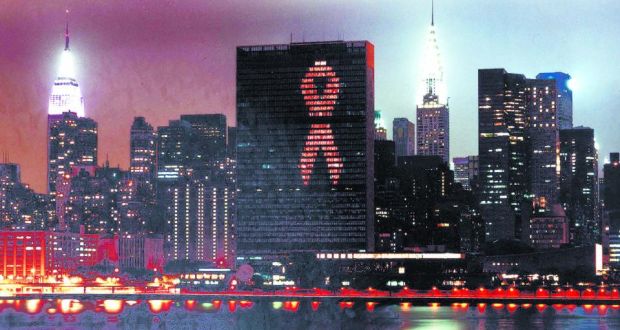 While there is so much going on, and young people around me who match my enthusiasm, how could I be bored? The place is humming: much interest in the new Fellowship, growing awareness of the Online Edition , all helped by an improved website. Read Coriolanus , that magnificent egomaniac, as Peter Conrad describes him in ABR this month, asked to nominate his favourite literary character. Rarely is the language so fervent, so inventive.

Most readers love Shakespeare for his psychology, of course, his peerless command of the heart; but most writers, truth be told, just privately, awedly, marvel at the endlessly protean language. And what he demanded of his intuitive but mostly uneducated listeners not readers. I liked the new configuration. Those cramped, airless, sweltering white tents have been replaced by huge stylish shades offering much better sightlines and ventilation.

Later I met Robert Dessaix in the green room. Laura Kroetsch joined us, pleased with her first festival, possibly glad it was nearly over.


I told Robert it was like a rock concert. I introduced him and spoke about the origins of the Seymour Lecture and our involvement with the National Library. Two signers alternated throughout. It was funny watching them in profile, with Robert gently teasing them throughout, glancing at them as they coped with Hemingway, say.

The Lecture was even better this time — tighter, funnier. Robert looks much better than he did last October. He has even put on a little weight — an ounce. The audience loved it and there was an impressive silence in the closing minutes, as Robert spoke about nothingness and mortality — the prompts to his art. He was a little upset at the end, and the audience, similarly stirred, gave him a standing ovation. Robert is the only writer I know who has won two standing ovations. I said a few words, then Laura closed the festival, and received flowers.

Julia flirts with the handsome barman and tells him how to make a Whisky Sour. Someone in management must have read the novel. Robert, buoyed as ever by the response, was in excellent form — very funny as he talked about the dogged old smokers at the hospital in Sydney after his heart attack, even rising from his chair to mimic them bending over in their hospital gowns to pick up cigarette butts from the footpath.

In Melbourne recently he saw Mary Poppins. Next to him was a blind man with his guide dog.

bring back some good or bad memories

Then it was time for me to bolt down I have walked miles today to the university for the official opening of something called the J. We gathered in the courtyard. Apparently the concert scheduled to end at eight-thirty went on until ten p. Jonathan Pryce, Welsh accent and all, has been performing the role of Davies — the tramp who comes to stay — in London, and it shows; his is a commanding performance.

The gently raked stage, littered with junk and detritus suitcases, a lawn mower, a gas stove, a cheap plaster Buddha is reminiscent of Steptoe and Son. From the skylight hangs a bucket for the artfully timed drips. Back we are in impoverished and bombed-out postwar East London. Pinter was living, or subsisting, in a similar boarding house while he wrote The Caretaker. And how quintessentially English the play feels, with its study of meanness, social alienation, and the sharp limits of hospitality. Ever nomadic in the theatre, I moved closer to the stage for the last two acts much the better half.

When Davies, threatened with ejection, listens to his fate, Pryce, standing there quivering, not saying a word, acts with every muscle, every nerve ending.


Alan Cox — as Aston — the older brother, who rescues Davies, is blandly memorable — forever fiddling with the cord on the old toaster that will never be fixed, that will never warm like the sole electric fire in the room, which is never switched on. This long, crucial scene is perfectly timed, perfectly judged — almost unbearable to watch.

click Then without the usual break the lights go up and these two pathetic men resume whatever is left of their depleted lives. This is a play about menace, terror, pure and simple. Hassell projects the same dangerousness, the same mercurial potential, swaggering round the stage, hands thrust into the pockets of his leather jacket. Even when he offers Davies a cheese sandwich from his pocket, he might be brandishing a pistol.

Labour Day, so I laboured for a while at the office before coming home. Who else would have the honesty to say that he joined the Pulitzer Prize committee to keep someone from winning? Perhaps Dunne had a sense of what was in the Journals about all the other women. Ruby Murray was my simpatico but slightly distracted interlocutor. Her new book was about to go to press. In the green room, with minutes to go, Aviva Tuffield was still texting her author about last-minute changes and fugitive commas.

The audience about , more students this time than last year was attentive. I had taken along about copies of the magazine to hand out: they went in a flash. Has there ever been a busier day at ABR? Late afternoon I counted all the emails I had sent, many of them quite substantial.

Yet everyone stuck with me throughout the day, working like Trojans. After I had settled up, Mallory Wall came over with complimentary champagne cocktails and managed to spill one of them in C. Much laughter, copious apologies, then more cocktails. Mallory gave C. Long chat with Morag Fraser. She went along to Readings last night and wondered why everyone was so tardy, until she realised that my launch is scheduled for next Monday. She spent the afternoon with Peter Steele, fast fading, but still writing essays and poems. To the State Library for a lecture by visiting German curator Ute Meta Bauer — another contribution to the growing cult of the curator.

I am accused of doctoral indiscriminancy. The usual strange equivocal emotions three hours before the launch of one of my own books — this time Crimson Crop. It is probably only human to recoil from these events — wish them over and out of the way — because of the vast act of self-exposure they represent.